If you interview hundreds of successful entrepreneurs, one of the recurring themes that you will observe is that a majority of them started out when they were just small kids. While most of us were watching cartoons on TV and eating snacks at the age of 10, these young entrepreneurs had already started out with their first venture. In older times, these ventures would involve setting up a lemonade stall or selling t-shirts, but now you’ll hear about kids become web developers, influencers, and sellers on platforms like eBay. Alessandro Concas is the perfect example of such young and successful entrepreneurs. 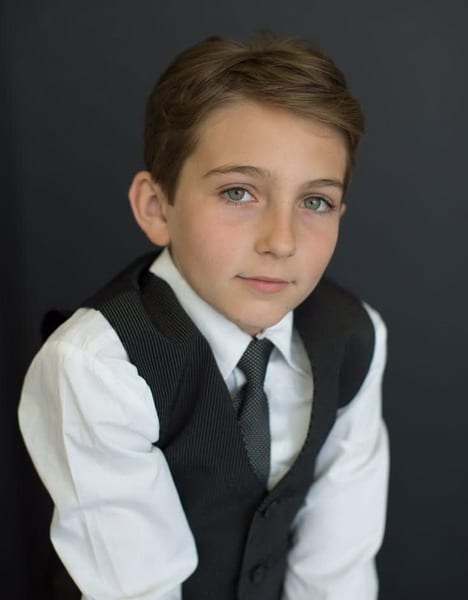 About Alessandro Concas:
The Multitalented Student-turned-Entrepreneur

Alessandro Concas is a budding entrepreneur. He is the son of Oksana® Kolesnikova, an award-winning pianist who dynamically transitioned to the CEO of 3 successful ventures. Born in 2009 and bred in a family of talented individuals, Alessandro’s own talent and extraordinary capabilities come as no surprise. Alessandro’s first achievement was learning alphabets backward at just the age of 2, and within the span of 3 years, he also started piano lessons under his mother’s supervision, thus becoming quite the pianist himself. These achievements are proof of his creativity and outstanding learning ability.

Alessandro’s entrepreneurial career began at the age of 8 when he wrote his first book, The A to Zs of Fighting Boredom. As the title suggests, the book includes different fun activities to keep children engaged and active. The book came about randomly when Alessandro himself was quite bored. In his exact words, “One day, during a summer break, I found myself feeling quite bored, and that’s when I came up with the idea of The A to Zs of Fighting Boredom. At first, my dad didn’t take me seriously, but when he saw all my notes and drawings for the cover, he believed me and decided to help me put it all together.”

Alessandro further added through this book, he aims to not only help children like him in making their free time productive and fun but also use the proceeds from the book to contribute to welfare organizations and fund his college education. This is quite impressive coming from an 8-year-old who is still in elementary school and whose parents can easily fund his education. It actually shows the sense of responsibility instilled by Alessandro’s parents since he was small. The book was well-received by the crowds and it was at this time that the little lad fell in love with entrepreneurship and decided to pursue it as his career.

Currently, Alessandro is a student at Rio Norte Junior High in Valencia. Although his favorite subjects are science and math, he’s a straight-As student who has managed to excel in every subject. Yet, Alessandro takes out time for his hobbies, extra-curricular activities, mastering Italian, and his business ventures. He recently worked with his mother’s company, Oksana Management Group, to spearhead a new After School Enrichment Program, Financial Literacy for Young Children and Teens. The program aims to empower the upcoming generation by teaching them the fundamentals of finance and entrepreneurship.

Along with being a full-time elementary school student, Alessandro is also working on one of his main projects, Life of the Time Cat, a series of sci-fi books featuring his real-life pet cat Bijou as the main character and source of inspiration. The young entrepreneur also has plans to turn this book series into a movie series in the future. A skilled musician, he even created the soundtrack for the trailer of Life of The Time Cat book.

For now, Alessandro is in talks with the management of Costco and Walmart, two of the largest supermarket chains in the U.S, to sells his books at their branches nationwide.

And that’s not it – even after attending school and pursuing different ventures, Alessandro still makes time for his hobbies, such as learning new languages. He’s already well-versed in English, and is now becoming fluent in Italian. Alessandro is a big Elon Musk fan and hopes to meet him one day soon in person. 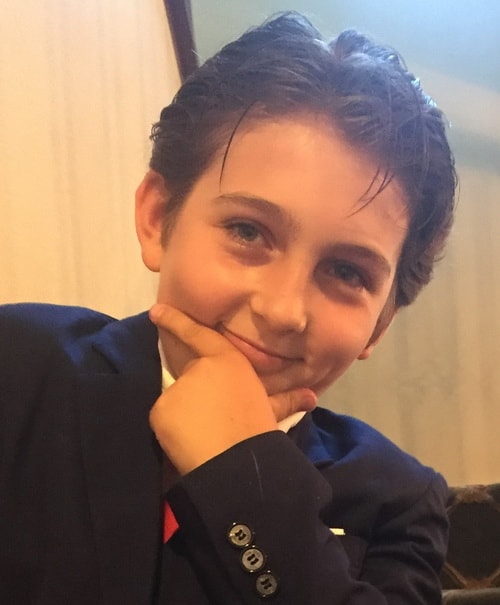 It goes without saying that no matter how old you are, bagging so many accomplishments requires efforts and most importantly, a proper routine. Unlike other kids who start their day by watching cartoons, Alessandro’s day starts with checking the stock market. This doesn’t mean he doesn’t watch cartoons or play games like kids of his age (he does) but again, he has a fixed time for that. Although he enjoys the company of his peers, Alessandro likes to spend more time with adults as he believes that he is an adult himself and that he can learn meaningful and important lessons from these people.

Like every other individual, Alessandro also has an inspiration – someone he looks up to – and it’s none other than Elon Musk, an engineer, industrial designer, technology entrepreneur, philanthropist, and the CEO of SpaceX. His perseverance and success are what inspire Alessandro the most, who aims to meet his idol one day.

What makes Alessandro stand apart from kids of his age is the drive to achieve more and more and to contribute to society’s welfare, which he gets from his mother. He wants to prove to others that being a star kid doesn’t automatically translate to being successful. A lot of people have a misconception that children of influential people do not have to work hard to achieve what they truly want because they get more opportunities easily, but Alessandro is proving such people wrong through his hard work and efforts at such a young age.

Alessandro Concas is indeed setting a precedent for children of his age to follow. Alessandro’s ultimate goal is to be a highly successful businessman so he can enjoy life to the fullest while helping others, and it looks like he’s already on the path to achieving this goal. There’s no doubt that kids like him truly put our childhood to shame.